Immigration judges are quitting or retiring early because of Trump 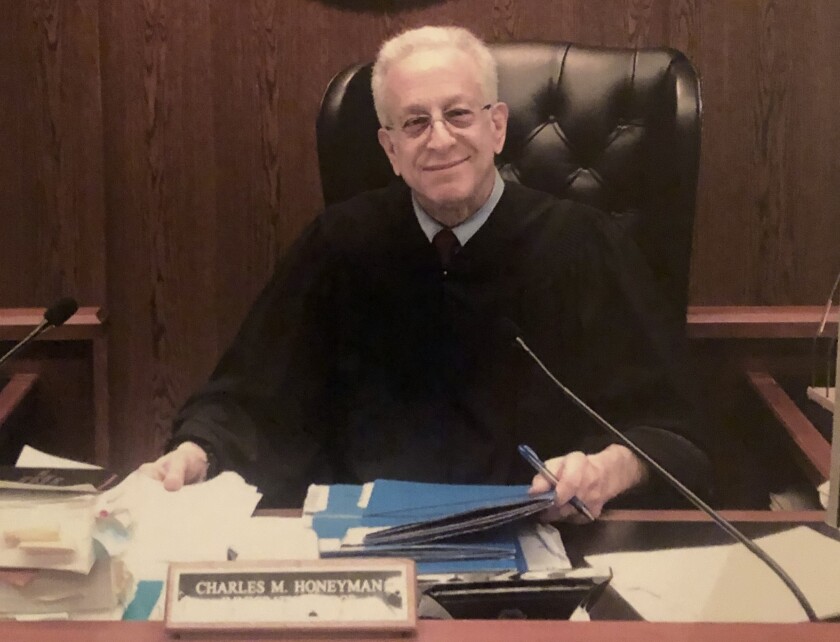 Immigration Judge Charles Honeyman was nearing retirement, but he vowed not to leave while Donald Trump was president and risk being replaced by an ideologue with an anti-immigration agenda.

He pushed back against the administration the best he could. He continued to grant asylum to victims of domestic violence even after the Justice Department said that was not a valid reason to. And he tried to ignore demands to speed through cases without giving them the consideration he believed the law required.

But as the pressure from Washington increased, Honeyman started having stomach pains and thinking, “There are a lot of cases I’m going to have to deny that I’ll feel sick over.”

This month, after 24 years on the bench, the 70-year-old judge called it quits.

Dozens of other judges concerned about their independence have done the same, according to the union that represents them and interviews with several who left.

“We’ve seen stuff which is unprecedented — people leaving the bench soon after they were appointed,” said A. Ashley Tabaddor, an immigration judge in Los Angeles and president of the National Assn. of Immigration Judges union. “Judges are going to other federal agencies and retiring as soon as possible. They just don’t want to deal with it. It’s become unbearable.”

Especially worrying to many is a quota system that the Trump administration imposed in 2018 requiring each judge to close at least 700 cases annually, monitoring their progress with a dashboard display installed on their computers.

Tabaddor called the system “a factory model” that puts “pressures on the judges to push the cases through.”

“They say they would have gladly worked another five or 10 years, but they just reached a point under this administration where they can’t,” he said. “It used to be there were pressures, but you were an independent judge left to decide the cases.”

The precise number of judges who have quit under duress is unclear. Kathryn Mattingly, a spokeswoman for the courts, said a total of 45 left their positions in the fiscal year that ended last September, but she declined to provide a breakdown of how many of those were deaths, planned retirements or promotions to the immigration appeals board.

More information may become available Wednesday, when a House judiciary subcommittee is scheduled to hear testimony on the state of judicial independence and due process in the country’s 68 immigration courts.

The Trump administration has been adding new judges faster than old ones are leaving. Between 2016 and last year, the total number of judges climbed from 289 to 442.

That increase as well as the quota system and other measures are part of a broad effort by the Trump administration to reduce a massive backlog that tripled during the Obama presidency and then grew worse as large numbers of Central Americans arrived at the U.S. border.

Still, James McHenry, director of the immigration courts, told the Senate Homeland Security committee in November that the new rules have started to turn around a court system that had been hobbled by neglect and inefficiency.

On average, immigration judges met the quota last year while the number of complaints against judges decreased for the second year in a row, he said.

“These results unequivocally prove that immigration judges have the integrity and competence required to resolve cases in the timely and impartial manner that is required by law,” McHenry testified.

But many judges came to see the new guidelines as a way for the Trump administration to carry out its agenda of increasing deportations and denying asylum claims, which the president has asserted are largely fraudulent.

Those judges say it is impossible to work under the new system and still guarantee migrants their due process rights.

“There are many of us who just feel we can’t be part of a system that’s just so fundamentally unfair,” said Ilyce Shugall, who quit her job as an immigration judge in San Francisco last March and now directs the Immigrant Legal Defense Program at the Justice & Diversity Center of the Bar Assn. of San Francisco. “I took an oath to uphold the Constitution.”

The Trump administration was “using the court as a weapon against immigrants,” she said.

Rebecca Jamil, who was also a judge in San Francisco before quitting in 2018, called it a “nearly impossible job.”

She said the judge appointed to replace her left after less than a year.

The judges union has taken up the cause, fighting to end the quota system and make immigration courts independent from the Justice Department.

In response, Justice officials petitioned the Federal Labor Relations Authority last August to decertify the union, arguing judges are managers and therefore not entitled to union protections. The board is expected to issue a decision later this year.

The conflict intensified after the union filed a formal complaint about a Justice Department newsletter that included a link to a white nationalist website that waged anti-Semitic attacks on judges.

Honeyman, who is Jewish, makes no secret of the empathy he felt for the asylum seekers who appeared in his courtroom in Philadelphia and during temporary assignments to courts in Louisiana, New Mexico and Texas.

His grandparents had come from Eastern Europe through New York’s Ellis Island. “I always thought, ‘But for some quirk of the immigration system, I would be on the other side’” of the bench, he said.

He granted asylum more often than many other judges. Between 2014 and 2019, immigration judges across the country denied about 60% of asylum claims, according to Syracuse University’s Transactional Records Access Clearinghouse. Honeyman denied 35% of claims in his courtroom.

Reflecting on his career in a speech at his retirement party this month, Honeyman said he had been inspired by the cases he heard, including that of a Central American girl who wrote to thank him for granting her asylum. She had graduated from college and was applying to law school “so that she could give back to the America that had saved her life.”

Honeyman said he decided to leave the bench because of “the escalating attack over the past few years on the very notion that we are a court in any meaningful sense.”

“All of these factors and forces I regret tipped the balance for me,” he said. “It was time for Courtroom 1 at the Philadelphia immigration court to go dark.”