Haunted by a Gene 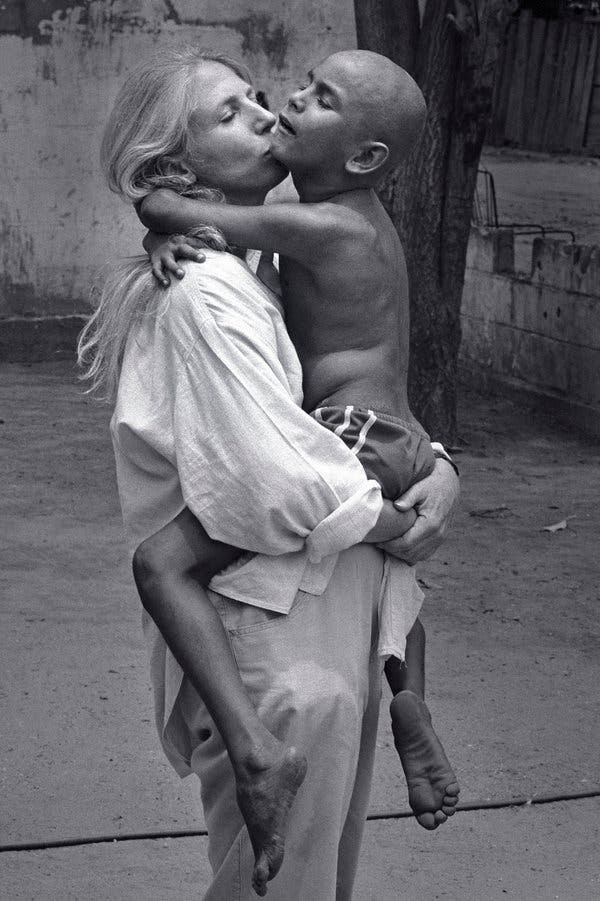 Her work led to the discovery in 1993 of the gene that causes Huntington’s, to the identification of other genes that may have moderating effects and, at long last, to experimental treatments that have begun to show promise.

Now, at 74, Dr. Wexler is facing a painful and daunting task that she had long postponed. She has decided it’s time to acknowledge publicly that she has the disease she’s spent her life studying and that killed her mother, uncles and grandfather.

“There is such stigma, and such ostracization,” Dr. Wexler, a professor of neuropsychology at the College of Physicians and Surgeons at Columbia University, said in a lengthy interview. “I think it’s important to destigmatize Huntington’s and make it not as scary. Of course it is scary. Having a fatal disease is scary and I don’t want to trivialize that. But if I can say, I’m not stopping my life, I’m going to work, we’re still trying to find a cure, that would help. If I can do anything to take the onus off having this thing, I want to do it.”

Among her greatest concerns are the thousands of Venezuelans from the families full of the disease, whose willingness to donate blood and skin samples, and the brains of deceased relatives, made it possible to find the gene. But they live in an impoverished region, and, Dr. Wexler said, they are still outcasts. The clinic that she and her colleagues opened has been shut down by Venezuela’s government.

“We share DNA,” Dr. Wexler said. “They’re part of my family. They are super-stigmatized. So I thought, this is part of my decision to come out, about me — which I still find hard to do without breaking into tears.”

If treatments now being tested do pan out, she said in an editorial in The New England Journal of Medicine, the Venezuelan patients should get them, for free.

“She’s a remarkable human being who’s been an incredible leader of a scientific initiative,” said Dr. Francis Collins, director of the National Institutes of Health, who was among those she recruited to help find the Huntington’s gene.

Although Dr. Wexler has not talked about her diagnosis until now, it is no surprise to friends or colleagues. For at least a decade, her symptoms were noticeable. Her gait is unsteady, her speech is sometimes slurred, her head and limbs move uncontrollably at times. She loses her temper. She needs a walker to get around outside the Manhattan apartment she shares with Dr. Herbert Pardes.

But her mind is sharp and her will is strong, and she has chosen to deal with the disease — or not deal with it — on her own terms and in her own good time.

“We’ve been close friends for 37 years and it has been very hard to not have this as a topic we can share,” Dr. Collins said. “But she’s a private person, and I think we all understood she was not ready to go there.”

Part of her coming out includes appearing in a new documentary film, “The Gene,” produced by Ken Burns and Barak Goodman, to air on PBS this spring. Film shot later, not part of the documentary, shows her exuberantly touring a facility that makes an experimental drug being developed by Roche that she is hoping will work and become available in time to help her. The studies she led made development of the drug possible, but she is too old to qualify for the clinical trials testing it. Results are not expected until 2022.

In the film, a researcher shows her a vial of the drug. She kisses the vial and hugs the researcher. “That’s my disease there,” she says. “You’re curing it!”

The specter of the disease has been hanging over Dr. Wexler since 1968, when she was 22. One morning, a police officer accused her mother, Leonore, of being drunk as she crossed a street in Los Angeles on the way to jury duty. She had not realized she was staggering.

Leonore Wexler’s father and all three of her brothers had died from Huntington’s. She was a geneticist, a field she had chosen in hopes of finding a way to save her brothers, Dr. Wexler said.

Huntington’s is caused by a dominant gene: If one parent has the disease, every child has a 50/50 chance of having it, too. The disease is rare. About 30,000 people in the United States have it, and another 200,000 are at risk. It is the disease that killed the folk singer Woody Guthrie in 1967.

At the time of Leonore’s diagnosis, there was no test for the gene. People who knew they were at risk could only wait to see whether they fell ill. The symptoms usually appear when patients are in their 30s or 40s — after they’ve already had children. Leonore was 53 at her diagnosis, past the average.

Depression, irritability and other psychological problems can occur, along with the uncontrolled movements. Patients lose the ability to speak, but remain painfully aware of their decline.