The Syrian women and girls sold into sexual slavery in Lebanon

Beirut, Lebanon – “How do I know most of the women working as prostitutes are controlled?” asked Paul, a volunteer for the Jesuits, a religious order of the Roman Catholic Church, before answering his own question. “[Because] the last time I tried to help one of them get in touch with an NGO, I got beaten and threatened by her captors.”

Everyone in Lebanon’s “sex trade” seems to be involved in trafficking in one way or another: Sources at both the Internal Security Forces (ISF) and the General Directorate of General Security (GS) in Beirut told Al Jazeera that even pimps working further down the chain of command ultimately report to a bigger network of organised traffickers. 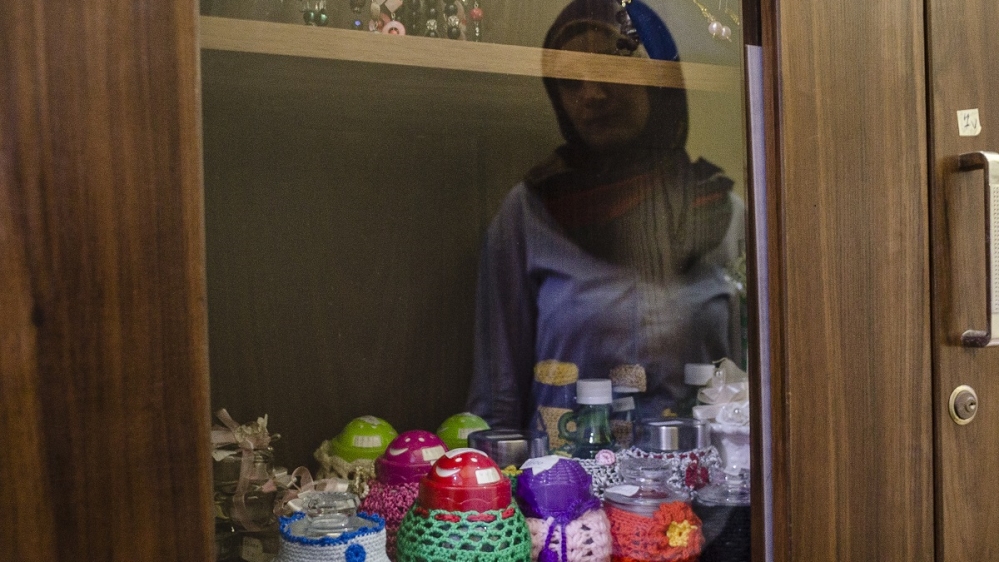 Objects made by women, as part of local NGO Dar Al Amal’s activities for women detained in prison in Lebanon. Many of them were arrested on charges of prostitution despite being victims of traffickers [Daniela Sala/Al Jazeera]

The plight of these women is compounded by the way the law is applied in Lebanon. Article 523 of the Lebanese Penal Code criminalises “any person who practices secret prostitution or facilitates it”. The punishment is a prison sentence of anything from a month to a year.

It is not illegal to work as a licensed prostitute but seeing as the government has not issued any such licences since the 1970s, those working as prostitutes are vulnerable to being arrested and punished.

Beirut is no stranger to the sex industry. Prostitution was legalised in Lebanon after World War I when the government decided that concentrating prostitutes in one area – Mutanabbi Street, which became Beirut’s downtown red-light district before it was destroyed in the Civil War – would protect Lebanese women from French and Senegalese soldiers.

According to the Lebanese Prostitution Law of 1931, brothels were divided into two groups: public brothels and escort houses. The law also set conditions for those working outside the brothels, dividing them into groups of workers; cafe girls, mistresses and “artistes”.

After Lebanon’s Civil War, which lasted from 1975 to 1990, secret – meaning unlicensed – prostitution became a crime.

But hundreds of women enter Lebanon each year, particularly from Eastern Europe and Morocco, with an “artiste” visa, to work as dancers in clubs. “Artiste” is widely understood to be a euphemism for “prostitute”.

Life on the streets

It is about 8pm on a Saturday, close to the Daoura intersection near Bourj Hammoud in Beirut’s Armenian district, on a crowded road full of busy shops and cafes. From his car, Paul has just spotted a woman leaning towards a black SUV. She and the driver talk for a few minutes. Eventually, she gets in the car. The transaction is quick, and people passing by do not even seem to notice.

“They found a deal,” explains Paul’s wife, Ray. The couple, both in their 40s, have been volunteering for the church for years. Paul first got involved 20 years ago when he discovered that one of his neighbours was being forced into prostitution. He says he considered it his “Christian mission” to help. Ray decided to join him soon after they met in 2010.