Trump Acquitted of Two Impeachment Charges in Near Party-Line Vote

WASHINGTON — After five months of hearings, investigations and revelations about President Trump’s dealings with Ukraine, a divided United States Senate acquitted him on Wednesday of charges that he abused his power and obstructed Congress to aid his own re-election, bringing an acrimonious impeachment trial to its expected end.

In a pair of votes whose outcome was never in doubt, the Senate fell well short of the two-thirds margin that would have been needed to remove the 45th president. The verdicts came down — after three weeks of debate — almost entirely along party lines, with every Democrat voting “guilty” on both charges and Republicans uniformly voting “not guilty” on the obstruction of Congress charge.

Only one Republican, Senator Mitt Romney of Utah, broke with his party to judge Mr. Trump guilty of abuse of power.

It was the third impeachment trial of a president and the third acquittal in American history, and it ended the way it began: with Republicans and Democrats at odds. They disagreed over Mr. Trump’s conduct and his fitness for office, even as some members of his own party conceded the basic allegations that undergirded the charges, that he sought to pressure Ukraine to smear his political rivals. 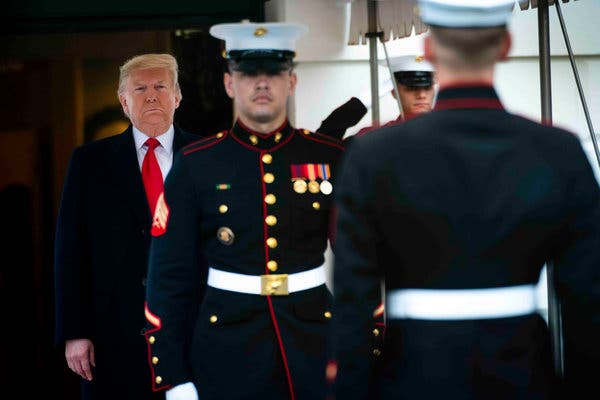 “It is, therefore, ordered and adjudged that the said Donald John Trump be, and he is hereby, acquitted of the charges in said articles,” declared Chief Justice Roberts after the second article was defeated.

Democratic leaders immediately insisted the result was illegitimate, the product of a self-interested cover-up by Republicans, and promised to continue their investigations of Mr. Trump.

“The verdict of this kangaroo court will be meaningless,” Senator Chuck Schumer of New York, the Democratic leader, said moments before the vote. “By refusing the facts — by refusing witnesses and documents — the Republican majority has placed a giant asterisk, the asterisk of a sham trial, next to the acquittal of President Trump, written in permanent ink.”

The president’s Republican allies excoriated Democrats for a proceeding they said had damaged the country and its institutions in the name of saving them.

“We will reject this incoherent case that comes nowhere near justifying the first presidential removal in history,” said Senator Mitch McConnell of Kentucky, the majority leader.

Yet at a news conference after the vote, Mr. McConnell declined several times to answer reporters who asked whether he considered Mr. Trump’s actions appropriate.